Most of us are aware of the many dangers of smoking to every part of the body. The US Department of Health and Human Services reported that smoking harms nearly every organ of the body, causes diseases, and reduces the health of smokers in general. But none of these detrimental effects has stopped millions of people worldwide from taking a smoke. More than 37 million adults in the United States are smokers. Cigarette smoking has been associated with the development of several diseases, such as stroke, diabetes, cardiovascular disorders, and various types of cancer, including cervical cancer.

Researchers from Walter Reed Medical Center, USA, reviewed data on smoking habits and incidence rates of cervical cancer obtained from eligible studies. The team of investigators found out that women who were cigarette smokers had higher risk of acquiring cervical cancer than their counterparts who were non-smokers. The findings of this research work are consistent with another study published in the Journal of Cancer and Therapeutics. In this study, researchers surveyed over 7,000 women for 12 years. During the course of the study, 292 women developed cervical cancer. The researchers concluded that cigarette smoking may be a contributing factor to the development of cervical cancer.

Although the exact way that smoking promotes cervical cancer is still unknown, researchers believed that the carcinogens in cigarettes may work in unison with human papilloma virus (HPV)—the primary causative agent of cervical cancer—to transform healthy cells in the cervix to cancerous cells and tumors. Tobacco by-products also damage the cervix. In addition, tobacco use impaired immune function, thus reducing the ability of the immune system to fight off HPV infection and accelerating the onset of cervical cancer.

When cervical cancer is diagnosed, the women are most often between the ages of 35 and 44. The American Cancer Society estimated that over 10,000 women would be diagnosed with cervical cancer and more than 4,000 deaths would be recorded from this disease in 2018.

Human Papilloma Virus (HPV) may be easily swab-tested in the office of the family MD, with no speculum exam required. "HPV high risk" and "HPV low risk" are reported as either positive or negative for each of them, with "HPV high risk" implicated in causing cervical cancer, but "HPV low risk" implicated in causing genital warts. Kicking unhealthy habits, including smoking or having multiple sexual partners over the lifetime, can cut risks of cervical cancer or genital warts.  Adopting a healthy oil-free, low-fat plant-based diet of whole unprocessed foods has helped my patients normalize their previously positive HPV high risk status, as well as normalizing previously precancerous pap smear tests.  Undergoing regular pelvic bimanual exams as well as swab-testing (no speculum needed!) for "HPV high risk" can help to minimize a woman's risk of developing cervical cancer. 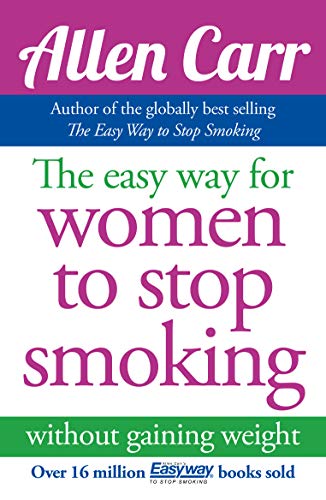 Women's Health is More Than Gynecology

Stubborn obesity, heavy periods, and unnatural menopause are some of the ways women pay for eating as typical Westerners.
https://www.drcarney.com/blog/health-issues/women-s-health-is-more-than-gynecology Studies have shown that those who consume diets rich in vegetables significantly reduce their likelihood of being diagnosed with cancer. Although all vegetables offer powerful protection against cancer, cruciferous vegetables in particular contain the highest protective compounds.
https://www.drcarney.com/articles/cruciferous-vegetables-protect-against-cancer

Survive and Thrive: Which common (but seemingly unrelated) factors link many health problems together, including cancer and other women's health issues? Is cancer preventable? This DVD shows you which disease risks are worsened by excess estrogen, which you create in your body by choices in foods and beverages. Banish multiple health problems with the Starch-Smart® System.

Purchase as a Packaged DVD

Rent or Purchase as Streaming Media

When you subscribe to the blog, we will send you an e-mail when there are new updates on the site so you wouldn't miss them.

Salted meat consumption and the risk of cancer: a multisite case-control study in Uruguay

Smoking is the Leading Cause of COPD

Low-Carb Theory Regarding Meat/Insulin is Flawed
Due to rising obesity and insulin resistance rates, low-carb and Paleo diets have become a popular approach to the growing population of overweight Americans. As stated by Dr. John McDougall, "Advocat...
Read More

Nathan Pritikin Shows Heart Disease is Reversible
Meet Frances Greger, Dr. Michael Greger's grandmother (in the above two videos). Dr. Greger says that his grandmother "was given a medical death sentence at the age of 65."  Seeing his ...
Read More

From Survive to Thrive: Patty's Cancer Journey
Cancer Success
Depression Success
I followed Dr. Carney's blogs online for a long time before making my first appointment. Three years earlier I had become plant based due to a breast cancer diagnosis. That was an adjustment. I f...
5 comments
Read More

From Sun to Plant to Plate
Starch-Smart System
As depicted in the Starch-Smart® Logo: Health is gained by eating foods deriving their energy directly from the Sun. This is the Starch-Smart® cycle of life! The closer we are willing to stick to...
0 comments
Read More

To Promote and Encourage the Prevention and Reversal of Disease Through Personal Implementation of Practical Lifestyle Measures by Providing Starch-Smart® Health Education!